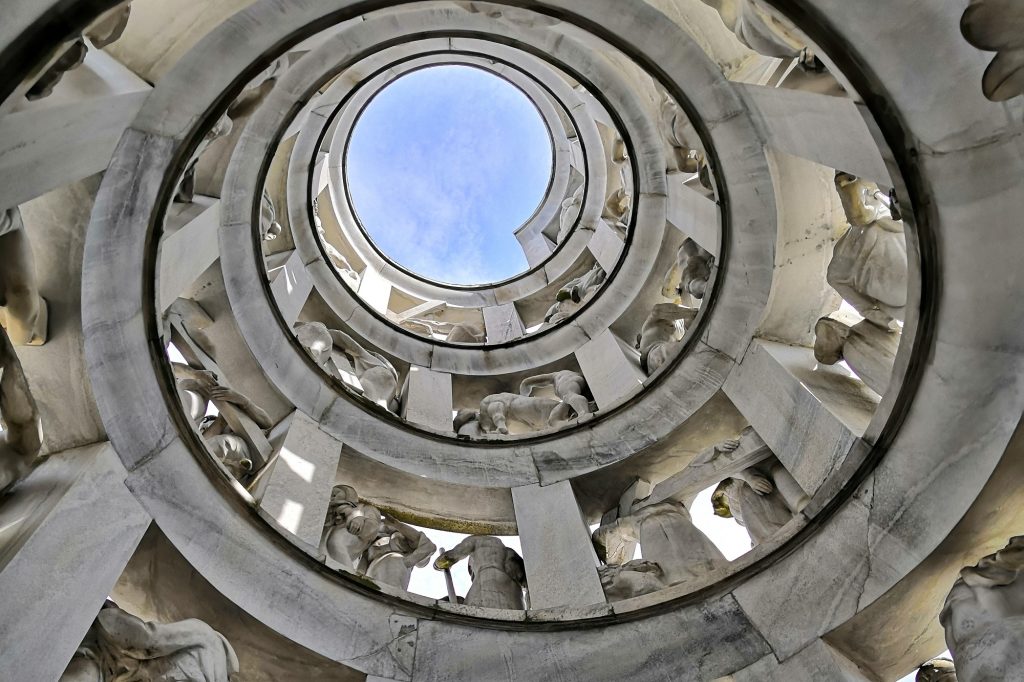 Constructed at the end of the 19th century to merge and replace the previously existing graveyards of Milan, the Monumental Cemetery immediately became a focal point where many talented local artists got to express their skills by showcasing the eternal final resting places of some of Milan’s most illustrious and historical characters. During this two hour walking tour we will explore these vast grounds and admire the burial plots of these famous individuals.

Files of tombstones, funeral monuments and statues were made for some of the most famous deceased families of the city by an array of mainly local talented artists. This open-air museum will capture your imagination with its unexpected macabre beauty. Not only a look into the area’s distant past but also a glimpse into the modern and contemporary history of the city. The contributions of those individuals immortalized here have significantly contributed to the vibrant history of Milan and Italy in general.

The Monumental Cemetery of Milan is now the final resting place for the Campari family, the writer Alessandro Manzoni and the music conductor Arturo Toscanini just to name a few. From theater to sports, music and poetry, art and industry, the colorful stories of Milan’s famous characters are here forever etched in stone and have undoubtedly left an indelible mark on the entire country. Visiting the Monumental Cemetery is an alternative and enchanting way to learn about the history of the city of Milan and its surrounding areas from a unique perspective.